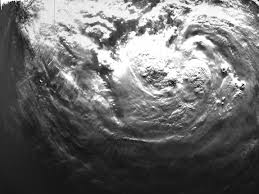 It has been the talk of the country for the last week and is pretty much unavoidable through the media, word of mouth or maybe you personally know someone experiencing it right now. What started off as a torm off the coast of South America turned into a tropical depression near the Caribbean, which then evolved to a full-on category 1 hurricane. Frankly, we aren’t surprised. In fact, we had been anticipating Isaac to hit the coastline of the Gulf of Mexico for about a week now. But yet somehow the hurricane (hitting New Orleans seven years exactly to the day of Katrina) came as a shock to the system when it arrived. Likewise, when a writer sits down to produce content, whether it is a blog post, article, newsletter, or even a book, their ideas evolve over time. It starts off as a rainstorm, or jotting down fragments of ideas through bullet points, to a full-blown hurricane, or, in some cases, successfully finishing a novel. Here’s the breakdown of why Isaac may be relevant to you as a writer:

When you’re stuck on what to write and staring at a blank screen for sometimes hours on end, it’s only natural to feel like giving up. Sometimes picking up and doing something else in a different location can give you that spark to create stellar content. Like Isaac, he started off on the coast of upper South America, and look where he is now! Key takeaway: when you come up with a point or idea don’t hold back: run with it.

Isaac started from nothing. A small storm that picked up momentum, speed and power, sweeping through islands, countries and now to the US, taking down anything and everything in its way. As a writer, we must develop our ideas from bullet points to sentences to paragraphs that somehow all fits in together. Yes, it takes time and patience to create a masterpiece, but once you start running with an idea and gaining momentum, you’ll soon take off with speeds over 80 mph!

Whether (or maybe in this case, weather?) it’s Katrina, Isaac, Andrew, Faye or Debbie, we are forced to come to terms with the unexpected. And no, these are not distant relatives popping in for a barbeque. Hurricanes may change for the better, taking a turn and peacefully drifting far off into the ocean, or for the worse, devastating thousands upon thousands and wiping out anything in its path.  As writers, we must expect the unexpected and brace ourselves for what may come in the future. Seasoned writers know this to be true of writing and producing content. By learning to expect the unexpected, we are bettering ourselves as content producers and writers. Did New Orleans think over 500,000 people would be without power or water the first day Isaac touched land? No. But the smart ones planned ahead to evacuate well before the storm was a threat to the area or stocked up on survival goods and moved to a safe location away from the water.

You may not have an “eye of the storm” idea right in the beginning, but generating content is a process. Writers must remain cool, calm and collected until that trigger point hits. Don’t be intimidated by the storm, but rather embrace it and drive it home!

Do you have any other comparisons between Isaac and writing? Tweet to us and let us know @TRA360!

Are you an Adobe addict like us? Jump back to February where we reported on the latest addition to the Adobe empire: the introduction of the all-new $50/per month creative cloud. What’s the latest Adobe buzz? On Tuesday, June 26, Adobe announced that it is adding Lightroom 4 to their cloud services. Their Lightroom software will be available for download and included in a user’s subscription.

So, why is Lightroom important to the Cloud?

Along with Photoshop, Illustrator, InDesign, and DreamWeaver access in the cloud, Lightroom will allow professionals to “quickly import, manage, and enhance images.” On its own, Lightroom 4 costs approximately $150, not including fees for upgrades.

Do you subscribe to the Adobe Creative Cloud? Will you be using the new Lightroom function? Let us know @TRA360! 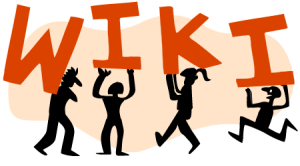 Wikis. Internet collaboration. Fast. Easy. Yes, these terms mingle into one user-friendly wiki that makes other wikis look like complicated rocket science. Introducing Hackpad, the newest wiki on the block that really may just be the best one yet.

For those of you who are unfamiliar with the concept of wikis, think of Wikipedia, one of the more common wikis. Wikis allow users to freely create and edit web page content, but supports hyperlinks and has the ability to create new pages. Typically, users will be either viewing a page or editing a page using a textbox. However, Hackpad allows its users to do both simultaneously through a text insertion cursor which allows users to begin typing immediately. Although other wikis may encounter user “traffic”, where more than one user is editing text at the same time, Hackpad allows users to edit content at the same time through real-time edits and allows other contributors to view your content as you are typing.

Test out Hackpad for yourself! Registration requires either an e-mail address, Facebook account, or Gmail account. Once registration is complete, you can begin creating new “pads”. Working with code? No problem! Hackpad offers syntax highlighting for HTML, JacaScript, Java, and several others. If you are in the market for trying out a new wiki, Hackpad may be your newest go-to.

Do you wiki? Have you heard about Hackpad? Let us know @TRA360!

Do you have a blog that you enjoy reading on a daily or weekly basis? An online publication that you have bookmarked under your favorites? Society relies on information gathered and written by others; between newspapers, magazines or online blogs. However, the authors behind the content trying to make a living don’t necessarily have it so easy. The article, “Online Writing: Goldmine or Global Sweatshop” published in the Digital Journal discusses the pros and cons of self-employment through blogging and freelance writing.

Currently, writers are in high demand, which speaks for the “goldmine” element of online writing. That said, online writing may not be all that it’s cracked up to be between the pay-by-gig (versus not a steady weekly paycheck), getting your name recognized, and keeping on top of new business.

Technical writing is an example of a profession that requires not only knowledge of the industry, but also exceptional writing skills. However, sometimes knowledge of the industry and writing skills alone are not enough. Self-promotion is a key nugget of success for landing the gig and excelling in online writing. Unlike a steady full-time job, writers have to continuously show their clients and potential clients why they should hire you for the job. Create a digital portfolio of your work and begin marketing yourself through social media. If you don’t believe your skills and offering are up-to-par or better than your competition out there, why will other companies?

Freelance online writing and blogging can be a tough career path, but by using your resources that are right at your fingertips (websites like E-Lance that helps people find freelancing gigs), and self-promotion, you will get more bites on the hook. Remember, if you believe in yourself and your work, others will too!

Are you a freelance blogger or online writer? How do you market yourself to land jobs? Let us know below!